History of copyright registration in the UK

By the late 15th century, the widespread adoption of the Gutenberg printing press had lead to quick and easy reproduction of publications. New works were quickly republished by competing printers, bringing a flood of low price reprints.

As time went on, European governments set up systems of licensing controls over printers, issuing individual printers exclusive licenses to print a particular work for a period of time. This had the effect of maintaining a higher price for the work for that period – to the benefit of the printer and the author.

As early as 1483, Richard III recognised the value of literary works and encouraged the spread of printing, whilst at the same time seeking to limit and censor texts deemed to be harmful to the church and crown. The Printers and Binders Act 1534, banned the import of foreign works and enabled the Lord Chancellor to limit the price of books. Further censorship was introduced by Henry VIII who required that all books should be approved before publication.

Already in existence since 1403 as a guild for booksellers that carried out the work of copying and illustrating books, by the 16th century printers were now joining the Stationers' Company.

In 1557 the Stationers' Company received its Royal Charter from Mary I, giving the company the power to decree who could print books, and the right to seize illicit or pirated works. This was not copyright as we understand it today, but rather a monopoly granted to the printer (publisher) to copy a particular work. All new publications were required to be recorded in the Stationers' Company Registers which as time went in, became a written record to aid the resolution of disputes regarding ownership.

The Licensing of the Press Act 1662 built on this framework and titled as “An Act for preventing the frequent Abuses in printing seditious treasonable and unlicensed Books and Pamphlets and for regulating of Printing and Printing Presses". Now the Stationers' Company had the responsibility to censor literary works. The Act had a 2 year duration clause and so had to be renewed by Parliament every 2 years; but censorship led to public protest and, in 1694, Parliament refused to renew the Act.

The Stationers' Company campaigned for new legislation to restore their role. This failed, but the failure led to a important change in tactic in favour of a viewpoint more akin to modern copyright law. Instead of focussing on the printers and publishers, Stationers’ now argued that the authors should have a right of ownership in what they wrote. This argument persuaded Parliament and led to the enactment of the first Copyright Act, the Statute of Anne, in 1710.

The law has evolved enormously since that time, but the system of compulsory registration of books continued until 1923, and the Stationers' Company continued to provide a voluntary registration service until February 2000.

With the absence of a formal registration requirement from 1923 authors, as well as individuals and organisations that were creating other forms of copyright work (photos, music, film, artwork, software, etc.) started looking for other ways to establish some verifiable evidence of their creation. Thus it was still relatively common practice to lodged copies under the Stationers’ voluntary registration system, as well as lodging copies with other establishments considered to be trustworthy or reputable for the purpose; banks and solicitors being the most common until recent times.

The term registration is now perhaps a little bit of a misnomer, as it is not the registration that grants the right (copyright is automatic after all), and thus this differs from something like a patent registration (where the government grants an exclusive licence as a direct result of a successful registration). Rather it is a case of lodging (registering) the work with a trusted organisation/entity who acts as witness by storing the evidence of your claim. Nevertheless the term has continued to be used into modern times to refer to the act of lodging of evidence to support a claim of copyright ownership and thus entitlement to the rights conveyed. 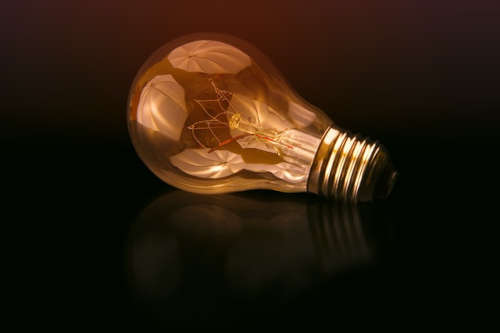 In recent times, specialist companies, such as Copyright Witness have taken over the role of evidence witnessing.

The Stationers' Company no longer takes registrations, banks are unlikely to provide such services in modern times, solicitors are expensive, and none would historically provide any means to defend against fire/flood/media degradation risks of deposited materials (typically simply storing in a filing cabinet, storage room or safe until needed).

Specialist organisations such as ours have brought new features needed in a digital age, such as online submissions, electronic back up and other facilities to better protect the stored evidence.
For example, if lodging your work with Copyright Witness, encrypted copies of your submissions are backed up to geographically separate locations to defend against risk of loss from a disaster (e.g. fire) and the archive is actively manged to ensure long term integrity of deposited materials; so that works stored electronically in particular will not be lost due to media degradation.

It is through respecting the past, reflecting the needs of today, and preparing for the possibilities of the future that we strive to maintain a service of consistent high standard. If you are considering registering your own work, you may want to check out our service standards before using our registrations forms to submit your work.

If you find the information on this page useful, please feel free to link to this page.